I headed out the second week of July for a two-week tour with a bit of a sketch of a plan. I did't have a lot of plans. Some fun roads people told me about here and a pocketful of maps. Otherwise, just going to see what happens. I was going to go down the the Arkansas Ozarks, over to the Appalachians in Tennessee, and up north into Virginia and back south through West Virginia and Kentucky, then over to the Missouri Ozarks and then home. I followed that's what I basically did: 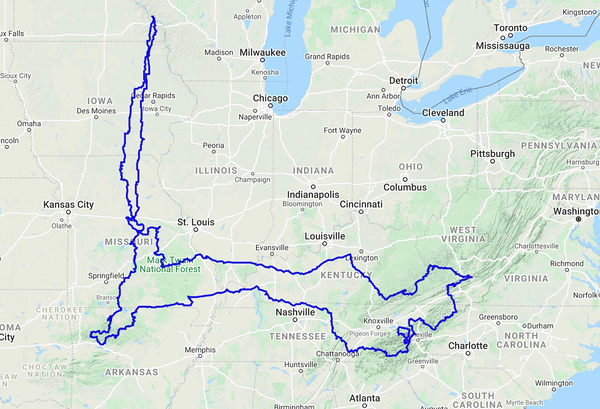 The Route I Took

I was a bit freaked out after packing. I was taking almost nothing. I had spare room in my saddlebags, my dry bag wasn't full. But generally I head to remote locations up north, so I bring more warm clothes and tools and spare gas and so on. This time I have my camping gear, but for the most part I'll probably motel it this time. And I'm going to rely on cell phone and credit card for repairs. And I'm certainly not going to need warm clothes. Jeesh, I was look at 90s on the first day with dew point around 70, and that was up in Wisconsin! What's it going to be like in Arkansas?

Anyways, I'll try to post some pics and a couple stories here while I'm on the road. I'll just have my cell phone so it won't be easy, but I should be able to muster a little content for anyone that is interested.

Day 1 - Half a day riding into Iowa

I headed out on a Friday, and had to work a half day first. I let my GPS pick minor roads to get me down there, stopping in Decorah for some late lunch.

I took the Amish Highway to the west of Oelwein, but didn't make any stops. By the time I got to Indendence, I was pretty overheated. Was happy to find a older motel with air conditioning, and a meal within walking distance. 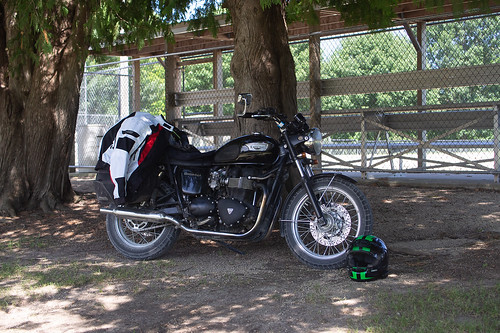 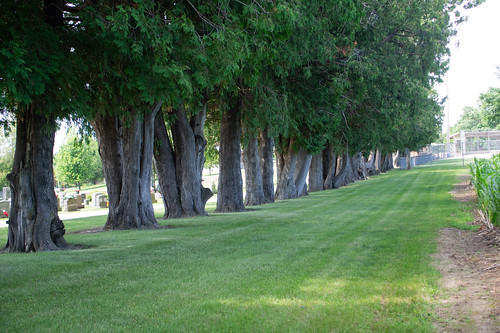 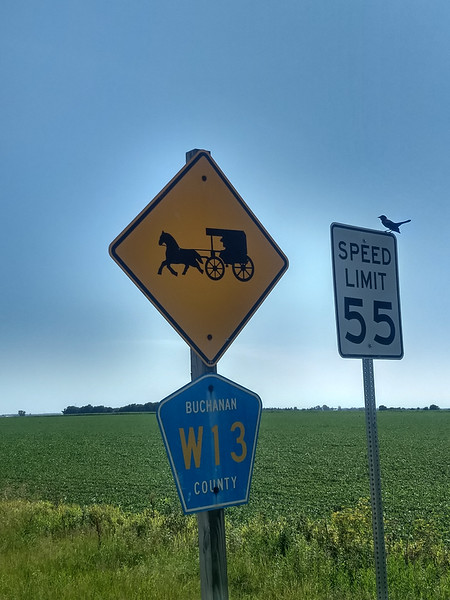 Head of the Amish Highway 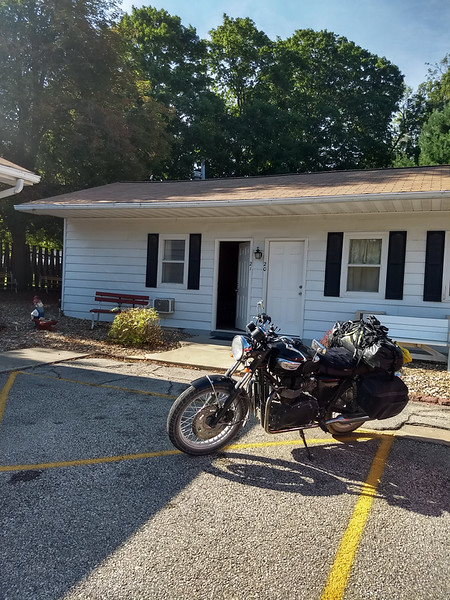